Naloxone kits and Fentanyl Test Strips are available anonymously and AT NO COST through Gauchos for Recovery.

Fentanyl Test Strips are a tool to identify the presence of fentanyl in unregulated drugs.

atbryan@ucsb.edu to request them for free.

We will deliver it to you or arrange for you to pick it up at Embarcadero Hall.

If you or your friends use substances, there are steps you can take to avoid overdose and prevent overdose death. 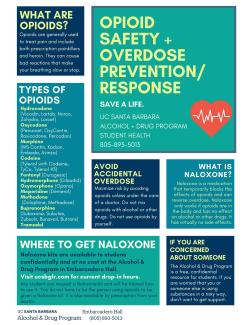 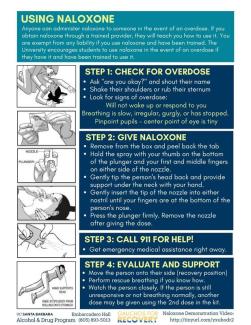 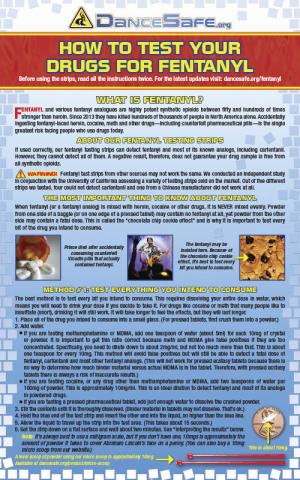 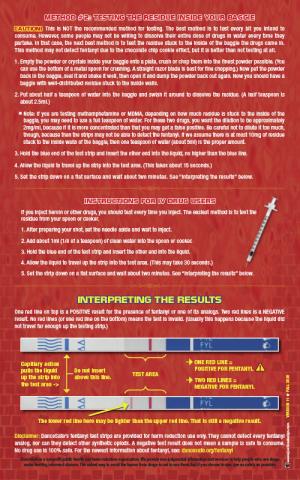 ​Rates of death from drug overdose have risen dramatically since 2000, killing more than 60,000 Americans in 2016. College students are a high-risk population for dangerous drug use and combination drug use. Opioids are present in the majority of drug overdoses. Opioids cause death by inducing fatal respiratory depression which can easily be reversed by administering naloxone. Naloxone is an opioid antagonist (blocker) which rapidly counteracts the effects of opioids and has saved countless lives. In the first eight months that the Santa Barbara Sheriff’s Office equipped all its deputies with naloxone, the Isla Vista Foot Patrol completed eight overdose reversals using naloxone, according to the department. Multiple UCSB students have been revived with naloxone during this academic year. The opioid epidemic has reached UCSB and Isla Vista.

Naloxone is not a controlled substance and cannot be misused. It will not have any effect if the person to whom it is administered has not used opioids. Naloxone is available in several formulations that are conducive to layperson administration, including intramuscular and intranasal devices. Overdose response training is strongly recommended for potential overdose responders to ensure that they can identify common symptoms of an opioid overdose, administer naloxone, and provide supportive care. Laypersons can be trained in as little as 20 minutes.

Laypersons are exempt from civil or criminal liability if they have received brief training and act “with reasonable care and in good faith” in administering naloxone to someone who is experiencing or is suspected to be experiencing an overdose (AB 635, CA, 2013)