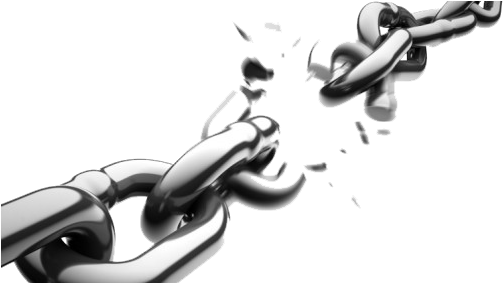 The UCSB Alcohol and Drug Program acknowledges that abstinence from alcohol is the only no-risk alternative and the only legal option for those under 21 years of age.

At the same time, the program believes that underage college students who choose to drink should learn to do so with the least risk and harm possible.

What Kind of Substance Is Alcohol

Alcohol is classified as a depressant because it slows down the central nervous system, causing a decrease in motor coordination, reaction time and intellectual performance. At high doses, the respiratory system slows down drastically and can cause a coma or death.

What we see at UCSB:

Why Do People Drink

A group of students were asked this question as part of a national college alcohol study in 2001. Among the students who drink, here are the most common responses:

Not surprisingly, no one who chooses to drink intends to get arrested or end up in the emergency room. Most people enjoy drinking because of the pleasant effects that occur within the first few drinks. So if you choose to drink, know your limits, trust your surroundings and be educated about the risks involved in any kind of substance use.

Consider how often things happen that you DON'T intend and then ask yourself what you can do to make safer choices!!

How Does Alcohol Move Through the Body

Alcohol is metabolized by the liver, where enzymes break down the alcohol. In general, the liver can process one ounce of liquor (or one standard drink) in one hour. If you consume more than this, your system becomes saturated, and the additional alcohol will accumulate in the blood and body tissues until it can be metabolized. Very small amounts of alcohol are excreted via lungs, sweat and urine (2-5%). This is why pounding shots or playing drinking games can result in high blood alcohol concentrations that last for several hours.

What Are Some Common Effects of Drinking Alcohol

**These effects increase substantially when alcohol is combined with other drugs**

How Does Gender Influence How Alcohol Effects, Someone

There are three major differences between women and men that result in the differences in their intoxication levels—measured by Blood Alcohol Concentration.
Read more

What Are the Short-term Risks of Drinking

When you're drinking, one of the first things to go is your judgment. So, celebrating or having fun with friends can quickly turn into embarrassing yourself, getting hurt, throwing up or nursing a hangover. These statistics show the very real risks of drinking in college:

What Is the Difference Between a Blackout and Passing Out

"Blackouts" (sometimes referred to as alcohol-related memory loss or "alcoholic amnesia") occur when people have no memory of what happened while intoxicated. These periods may last from a few hours to several days. During a blackout, someone may appear fine to others; however, the next day they cannot remember parts of the night and what they did. The cause of blackouts is not well understood but may involve the brain’s diminished ability to store short term memory, deep seizures, or in some cases, psychological depression.

Blackouts shouldn't be confused with "passing out," which happens when people lose consciousness from drinking excessive amounts of alcohol. Losing consciousness means that the person has reached a very dangerous level of intoxication and could slip into a coma. If someone has passed out, seek help immediately for emergency medical attention.

What is a hangover and can I prevent it?

Hangovers are evidence of the body’s withdrawal symptoms from alcohol use and the body's reaction to the toxicity of alcohol. The severity of symptoms varies according to the individual and the quantity of alcohol consumed.

There are many myths about how to prevent or alleviate hangovers, and people try many different approaches to relieve the effects of "the morning after.”

The only safe way to prevent a hangover is to drink in moderation:

Here Are Some of the Things That Won't Help a Hangover

Here Are Some Things That Might Help a Hangover